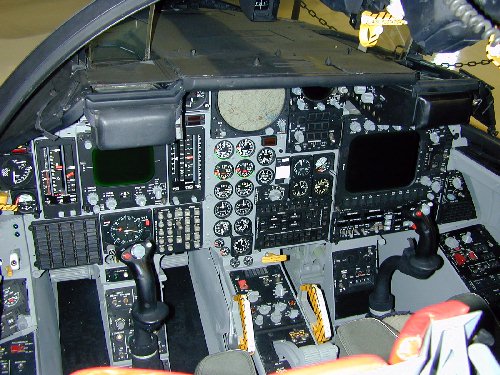 Chris has been collecting egress systems for quite some time now, and has one of the largest civilian collections I have heard of. His hobby has given him much pleasure over the years as well as the very marketable skill of aircraft cockpit restoration. Each of his seats are carefully restored back to virtually factory finish using all the correct parts and paints. He does essentially depot level rebuilds with a full teardown and reconditioning. 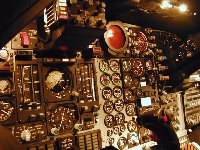 Although seats themselves are a major portion of his collection, his collection of F-111 Crew Modules is by far the largest physical portion. He has completely restored an F-111D module as seen above (click on it for a larger view). Currently he is working on an F-111F, which has now made it to the point where it can be partially powered as can be seen in in the thumbnail to the right. Click it for a larger view. He will be restoring an EF-111 module soon after.

Chris also works to bring this oft neglected aspect of aircraft to the attention of the public by laboriously displaying seats and modules at various airshows and other events. He will be providing us detailed photos of the seats as time goes by, and here are a few group shots to whet your interest:


This page has been accessed