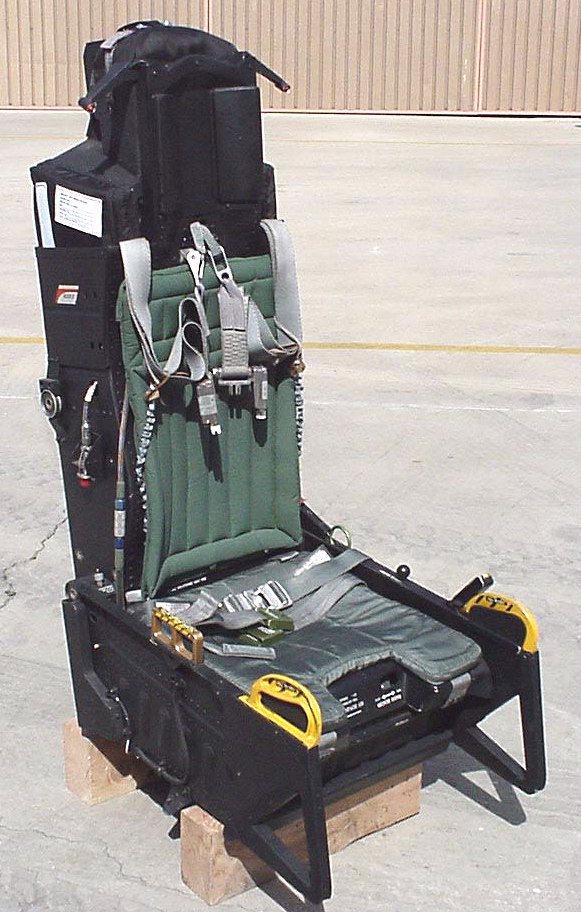 The F-15 Eagle is equipped with this version of the ACES II. It replaced an Escapac seat used in the prototypes and early aircraft. This version differs from the rest of the basic side-pull ACES II seats (A-10, F-117) in the configuration of the headrest canopy breakers, and the side-pull handles. The picture below shows the size difference between the handles on the A-10 (right) and the F-15 (left). The A-10 seats originally had no canopy breakers as in the example shown, but were later fit with a single canopy breaker. The F-117 has a metal canopy frame which precludes the use of a canopy breaker. The handles on the F-117 closely resemble the A-10 handles.