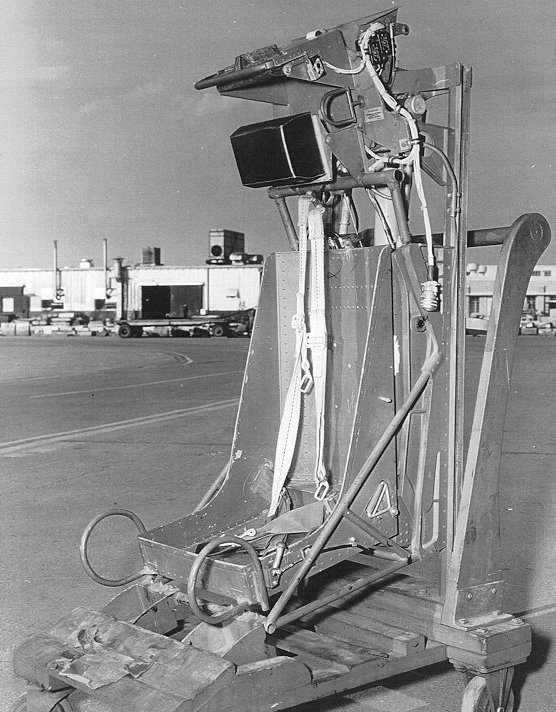 Vought manufactured this seat for the F7U-3 Cutlass in the early 1950s. Seats in those days were often modified or replaced as newer models came out, so this particular seat should be understood to be representitive of the type of seat used in the Cutlass. This one was from F7U-3 BU. NO. 128473 and was photographed on 10-15-53.

Special thanks to Dick Atkins, former Vought engineer for the photo.