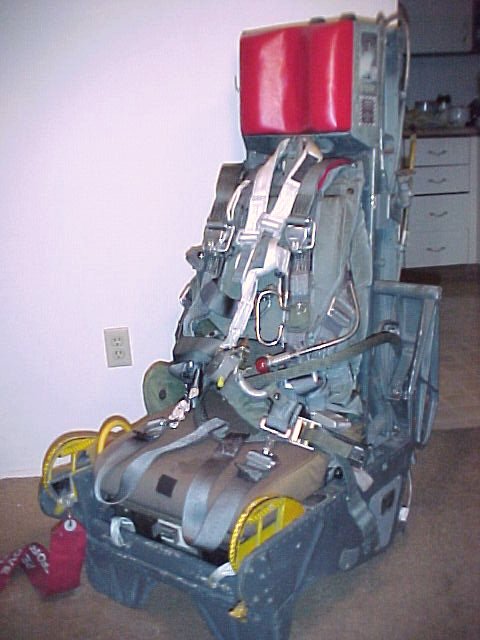 The Convair F-106 Delta Dart was equipped with this seat designed by Weber Aircraft. It was a replacement for a seat known as the Convair Rotational 'B' seat. That seat was designed specifically to address many of the high speed ejections. This one was optimized for the lower speed, and zero-zero applications. It was the first and only seat man-rated for zero-zero applications by a United States company. Although most later seats were capable of zero-zero use, they were not human tested for that.

This seat belongs to Jean Potvin, a parachute rigger and researcher who has become interested in ejection seats. He is a member of Parks College Parachute Research Group. The seat itself is from an F-106A. The parachute shown is a BA-18. Later seats were equipped with BA-24 force deployed parachutes.