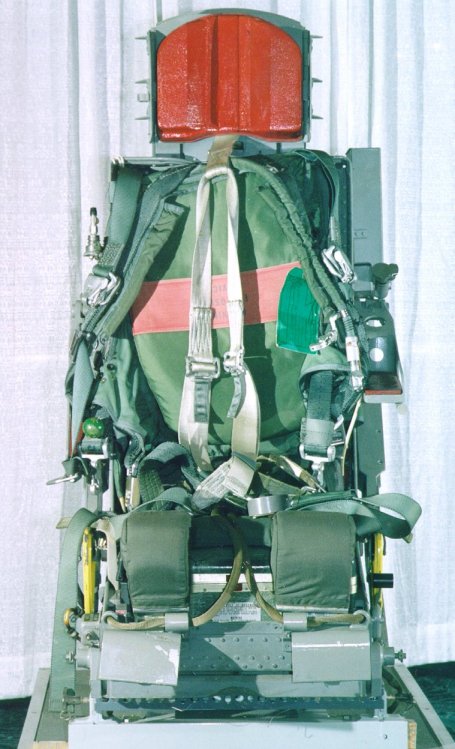 This seat is an example of a 2nd Generation ejection seat. This seat used a Rocket/Catapult ROCAT system and was fully automated.

This seat, used late in the Vietnam War shows many upgrades over the earlier seats fitted to the F-105. The headrest has been reinforced and leg restraint lines fitted for examples. Another major modification is the incorporation of the Weber Force Deployed parachute system. Note the red band across the parachute backpad to indicate there is a drogue gun installed.

Another example of this seat can be seen here. The other seat has the lower leg protective plate in the deployed position, and the garters fitted to the leg restraint lines.

A small note about the displayed seat- the ROCAT hanging from the attach point is a CKU-7 ROCAT normally fitted to the Northrop T-38 seat. It was placed on this seat accidentally, and should not be considered to be accurate.