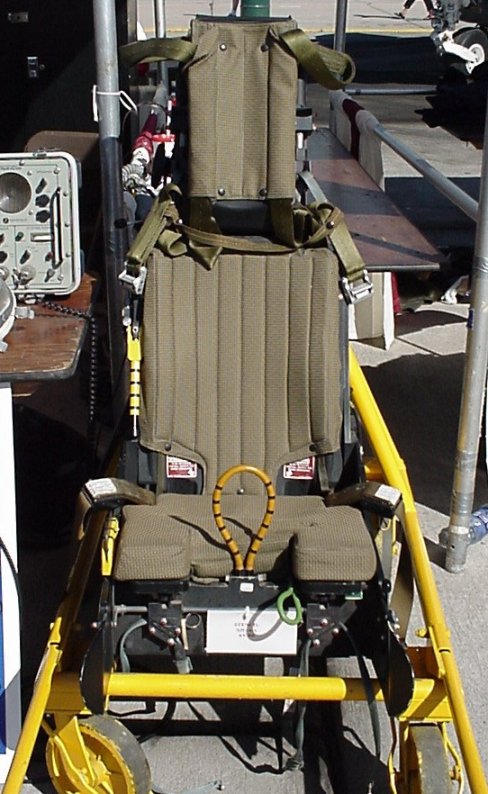 The AV-8B Harrier is equipped with this version of the Stencel S-III-S seat. It replaced the SEU-3A version used in the AV-8A in America. The British Harriers use Martin-Baker Mk. 9A or Mk. 12 seats.

The seat is designed for fast parachute deployment for the low speed/low altitude portion of the aircraft envelope, including the hover which is the most dangerous portion. This is due to the high sink rates that can develop if there is a catastrophic failure while in the hover.

Unlike most other ejection seats, the Stencel S-III-S seat mounts on an interface panel mounted on the bulkhead of the aircraft. The seat rides on slipper units fitted to the dual tubular catapult sections of the seat.

The Stencel S-III-S system uses an interface panel mounted speed sensor working off the aircraft pitot-static system to determine the airspeed mode of the seat. The sensor extends or retracts a trip bar which flips the position of a valve on the seat as the seat rides up the slipper panel.

These photos were taken at the 2000 MCAS Miramar Airshow. Due to the crowd being able to access the seat, in some of the pictures the firing handle is pulled. Also note the lack of the leg restraints. The seat safety handle which is the yellow and black striped handle on the right side of the seat is in the armed position. It is raised to about a 45 degree angle to safe the seat.